Werner began his senior club career in 2013 playing for VfB Stuttgart, becoming the club’s youngest debutant and youngest ever goalscorer. He signed with RB Leipzig in 2016, aged 20, in a then club record transfer worth €10 million, where he set the record as the youngest player to reach 150 and 200 appearances in the Bundesliga. Werner also finished as the league’s second highest goalscorer in the 2019–20 season. After becoming Leipzig’s all-time top goalscorer, Werner departed to Chelsea in 2020 for a reported fee worth €50 million, lifting the UEFA Champions League in his first season at the club. 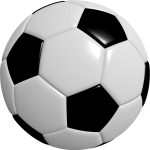